Why Solar Power Is Such a Good Investment in Saratoga, CA

Saratoga, California has nearly 260 days of sunshine every year, which is 25% more than the national average.

And this fact alone makes our city ideally suited for harnessing solar power. That’s because photovoltaic (PV) systems in Saratoga consistently generate up to 25% more electricity than the nationwide average.

But there’s another reason why Saratoga homeowners are embracing clean solar power. Our electricity rates are 31% higher than the rest of the country’s. In fact, we even pay more for power than our fellow Californians do.

So not only do Saratoga solar installations produce more electricity, but they also generate much higher savings.
If you’d like to see how much you could save by going solar, use our free calculator below. 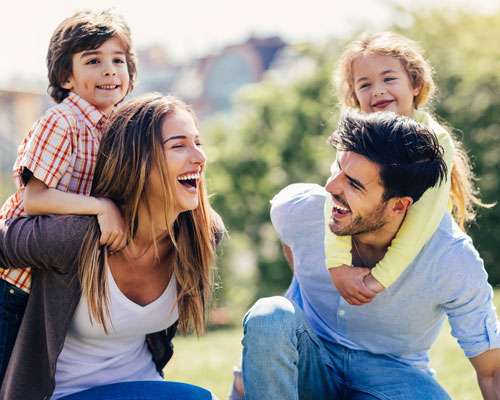 Other Reasons to Go Solar in Saratoga

For most homeowners, the ability to slash their utility bills is reason enough to install solar PV panels. It simply doesn’t make sense to pay for expensive grid electricity when you can create your own clean power on-site – for a fraction of the cost.

But there are many other reasons to go solar in Saratoga as well, including:

Grid electricity from fossil fuel is dirty. Solar energy isn’t. So when you power your home with clean sunshine, your carbon footprint becomes much smaller.

According to the Department of Energy, for every $1 in annual savings that your solar panels generate, your home’s value increases by an average of $20.

The government is prepared to reward you handsomely with generous subsidies. These incentives help make going solar more affordable than it already is.

The best part is, going solar doesn't cost you a dime!
At Bright Planet Consulting, we make going solar as simple as 1, 2, 3. No hassles. No surprises. Just savings.

What Is the Best Way to Pay for Solar Power?

Thanks to falling prices and government subsidies, solar technology is cheaper than ever before. And with our financing options, going solar becomes even more affordable.

Using cash is the single best way to pay for a new solar PV system. You’ll enjoy the largest savings, highest ROI, and shortest payback period when financing your panels this way. If you have the means to do so, we strongly recommend using cash.

Don’t have cash lying around? No problem. Our low-interest loans allow you to go solar without paying anything out-of-pocket. The money borrowed covers the upfront cost of your system. And you use your monthly utility savings to pay down the loan balance.

Don’t want to take out a loan? A power purchase agreement (PPA) is a great option. Your system costs $0 upfront. And you only pay for the cleaner (and cheaper) solar electricity generated over the 20 years of your PPA agreement.

Tired of paying for expensive utility bills? Worried about what fossil fuel is doing to the environment?
The answer couldn’t be simpler.
‍
Go solar today and begin generating financial savings for yourself and environmental savings for the planet.
To get started, request your free solar inspection today.

Book Your Free Solar Inspection
Paul was the most patient and knowledgeable sales consultant I’ve worked with. He answered any question and addressed any problem in a most timely fashion. He was a joy to work with.
Helen Ripken
© 2021. All rights reserved. Bright Planet Consulting.  |  Privacy Policy  |  Website Design By: Friday Marketing Inc.